* Indicates this program does not come with a study guide. 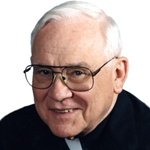 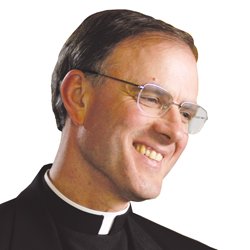 Fr. Timothy M. Gallagher, O.M.V., S.T.D., is a leading expert on Ignatian spirituality and holds the St. Ignatius Chair for Spiritual Formation at St. John Vianney Theological Seminary in Denver. He obtained his doctorate in 1983 from the Gregorian University and was ordained in 1979 as a member of the Oblates of the Virgin Mary, a religious community dedicated to retreats and spiritual formation according to the Spiritual Exercises of St. Ignatius.
Fr. Gallagher assisted in formation work for twelve years, served two terms as provincial in his own community, and taught at St. John’s Seminary in Brighton, Massachusetts, and at Our Lady of Grace Seminary Residence in Boston. He is the author of eight bestselling books on the spiritual teaching of St. Ignatius of Loyola, including Discernment of Spirits: An Ignatian Guide for Everyday Living (Crossroad, 2005), Discerning the Will of God: An Ignatian Guide to Christian Decision Making (Crossroad, 2009), and An Ignatian Introduction to Prayer: Spiritual Reflections According to the Spiritual Exercises (Crossroad, 2008). Fr. Gallagher leads an extensive international ministry of retreats, spiritual direction, and teaching about the spiritual life. He is a frequent national public speaker, and his digitally recorded talks are used worldwide.