* Indicates this program does not come with a study guide.

Your Free Electronic Study Guide! When you order this bundle, we will send you a free electronic study guide for one of the programs that you can access in 3 convenient ways: 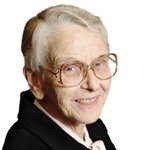 Sister Mary Clemente Davlin, O.P., Ph.D., is a Dominican Sister of Sinsinawa and Professor Emerita of English at Dominican University. She received her B.A. from Rosary College, her M.A. from the University of Wisconsin–Madison, and her Ph. D. from the University of California, Berkeley. Previously, Sr. Davlin taught at Edgewood College in Madison, WI and Rosary College/Dominican University in River Forest, IL. She is an expert in medieval studies, especially Piers Plowman, about which she is the author of three books. She studied Dante in Florence and at the University of California, Berkeley, and has taught the Divine Comedy for many years. Sr. Davlin has received a National Endowment for the Humanities Fellowship as well as a Newberry Library-British Academy Fellowship for research and has been honored twice with Dominican’s Excellence in Teaching Award, in 1997 and 1973. She has also been involved in promoting diversity at Dominican University by organizing programs to mentor and support minority students. The university’s annual diversity leadership award is now named in her honor. 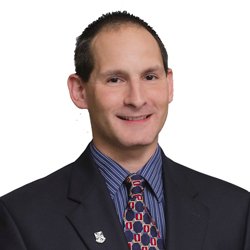 Dr. Sebastian Mahfood, O.P., Ph.D., is Professor of Interdisciplinary Studies and Vice-President of External Affairs and Governmental Compliance at Holy Apostles College and Seminary in Cromwell, Connecticut. He holds a doctorate in literature from Saint Louis University along with several master’s degrees in the fields of comparative literature, philosophy, theology, and educational technology. He is the author of Radical Eschatologies: Embracing the Eschaton in the Works of Ngugi wa Thiong’o, Nuruddin Farah, and Ayi Kwei Armah (St. Louis University, 2006) and the co-author (with Ronda Chervin) of Catholic Realism: A Framework for Refuting Atheism and Evangelizing the Atheists (En Route Books and Media, 2015). He is a lay Dominican of the Queen of the Holy Rosary Chapter in the Province of St. Albert the Great.
Praise for Dr. Mahfood
“Sebastian Mahfood is an engaging, enthusiastic lecturer with a probing interest in everything from medieval literature and theology to post-modern Arab writings. He developed an online course on Dante’s Divine Comedy, which was enthusiastically received. I am happy to see that this course will now be available to the general public.” – Rev. Msgr. Michael John Witt, Kenrick-Glennon Seminary