This is a special discounted price for a bundle of one audio and one video program by Fr. Joseph J. Godfrey, S.J., Ph.D.:

An Introduction to the Philosophy of Religion (Video DVD Set)

1) You can check your order confirmation email. It will include a link that enables you to download your guides

2) The back of your program package also contains a copy of this link. You can access your guides by simply entering this URL into your browser

* Does not include Electronic Study Guide 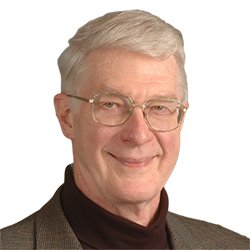 Your presenter is Fr. Joseph Godfrey, S.J., Ph.D., Professor of Philosophy at Saint Joseph’s University in Philadelphia, where he holds the Joseph S. Hogan S.J. Chair in Philosophy. At Saint Joseph’s, he has won teaching awards and has regularly taught courses on the philosophy of religion, atheism, ethics, logic, and the history of Greek and of medieval philosophy. A Jesuit priest, he has taught at Santa Clara University, Marquette University, Loyola University Chicago, and the Jesuit Scholasticate in Ho Chi Minh City. He has lectured internationally at such institutions as Georgetown University, Stony Brook University, La Salle University, Australian Catholic University, the United Faculty of Theology in Melbourne, and Heythrop College in London.
Fr. Godfrey holds a doctorate from the University of Toronto. He is the author of A Philosophy of Human Hope [Studies in Philosophy and Religion] (Martinus Nijhoff, 1987) and Trust of People, Words, and God: A Route for Philosophy of Religion (University of Notre Dame Press, 2012). He has also written articles on Gabriel Marcel and on Josef Pieper, as well as entries for the 2012–2013 Supplement to the New Catholic Encyclopedia and for the Encyclopedia of Ethics (2001).

Praise for Fr. Joseph Godfrey
“Joseph Godfrey’s thinking in the philosophy of religion is unusually rich, combining a deep understanding of the tradition with the best methodologies that contemporary philosophy has to offer. The result is a clear and informed treatment of the most important issues in philosophy of religion today.” – Prof. John Greco, Leonard and Elizabeth Eslick Chair in Philosophy, Saint Louis University

“Joe Godfrey’s works exhibit a wide-ranging and deep understanding of various philosophical traditions and periods in the history of philosophy… There are very few philosophers who are as able as Joe is to engage in significant discourse with such a wide range of philosophic figures and traditions.”
– John Zeis, Professor of Philosophy, Canisius College

“Joe Godfrey is an accomplished philosopher of religion… His courses on atheism speak to a long-time Jesuit commitment to address the culture of unbelief by understanding it, respecting it, building on the foundations of dialogue.”
– Michael W. Higgins, Distinguished Professor of Catholic Thought, Sacred Heart University

Be the first to review “Audio / Video Bundle: Unbelief: Understanding Atheism + An Introduction to the Philosophy of Religion – 11 Discs Total” Cancel reply