Bundle: A Journey Through the Parables + The Gospel of Matthew - 12 CDs Total

A Journey Through the Parables by Fr. John Jay Hughes, Dr. theol.

The Gospel of Matthew by Rev. Donald Senior, C.P., S.T.D. 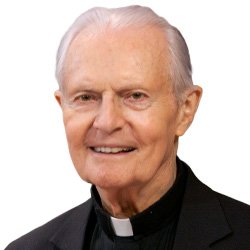 Fr. John Jay Hughes has been a Catholic priest since 1968. A Church historian, he received his doctorate of theology from the University of Münster, where he studied under Cardinal Josef Ratzinger, the future Pope Benedict XVI. He is a widely experienced preacher and the presenter of our popular programs, A Journey through the Parables, Thirty Remarkable Saints, and Seeing Him Who Is Invisible.
A preacher for almost sixty years, Fr. Hughes’s message is firmly grounded in the Gospel. He details his conversion to the Catholic Church and faith journey in his acclaimed autobiography, No Ordinary Fool: A Testimony to Grace (Tate Publishing, 2008). Eugene Kennedy calls it “the most profound memoir of a spiritual search since Thomas Merton’s Seven Storey Mountain.” Most Reverend John R. Quinn, Archbishop Emeritus of San Francisco, said, “John Jay Hughes is among the most distinguished and able writers in the English-speaking world. . . . The moving story of his conversion, his Harvard education, and association as a student with Professor Joseph Ratzinger, should indeed find great interest in a wide audience.”

Be the first to review “Bundle: A Journey Through the Parables + The Gospel of Matthew – 12 CDs Total” Cancel reply