Bundle: Letting God's Spirit Shape All Our Actions: A Retreat with Luke's Gospel + The Gospel of Luke - 10 CDs Total

A Retreat with the Gospel of Luke by Fr. Felix Just, S.J., Ph.D. 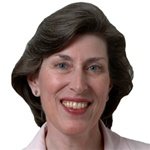 Fr. Felix Just, S.J., Ph.D., is a leading scholar on Catholicism and the New Testament. After receiving his Ph.D. in New Testament studies from Yale University, he taught at Loyola Marymount University, the University of San Francisco, and Santa Clara University. He then served for many years as Director of Biblical Ministries and Executive Director of the Loyola Institute for Spirituality in Orange, CA, and as Dean of the Lay Ecclesial Ministry and Deacon Formation programs of the Diocese of Las Vegas. He regularly teaches courses for the Ecclesia program of Mount Saint Mary’s University and several Catholic Bible Institutes in California and Arizona. A member of the Jesuits West USA Province of the Society of Jesus, he currently serves as the Minister of the Loyola House Jesuit Community in San Francisco and as the Director of Jesuit Biblical Ministries.
Fr. Just lectures widely on a variety of biblical and liturgical topics and often leads biblically based days of prayer, parish missions, retreats, and pilgrimages. A member of the editorial board for the revision of the New Testament of the New American Bible and an active member of the Catholic Biblical Association of America, he also maintains his own internationally recognized website, Catholic Resources.

Be the first to review “Bundle: Letting God’s Spirit Shape All Our Actions: A Retreat with Luke’s Gospel + The Gospel of Luke – 10 CDs Total” Cancel reply