Bundle: Song of Songs + The Psalms: The Prayer of the Church – 10 CDs Total

The Psalms: The Prayer of the Church
by Sr. Dianne Bergant, C.S.A., Ph.D. 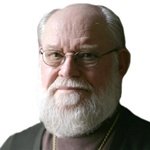 Fr. Nicholas Ayo, C.S.C., is Professor Emeritus of Liberal Studies at Notre Dame University. A priest in the Congregation of Holy Cross, he received the S.T.L. degree from the Gregorian University in Rome and the Ph.D. in literature from Duke University. He was the Director of Novices for the Congregation of Holy Cross in North America for six years and taught in the Great Books Program at the University of Notre Dame until 2004. He is the award-winning author of fourteen books, including The Creed as Symbol, The Lord’s Prayer, Gloria Patri: The History and Theology of the Lesser Doxology, and The Hail Mary: A Verbal Icon, which won the 1994 Cardinal John J. Wright Mariological Book Award. 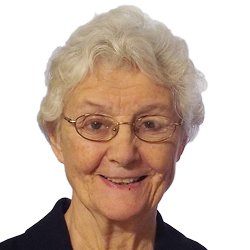 Sr. Dianne Bergant, C.S.A., Ph.D., is Professor Emerita of Old Testament Studies and the former Carroll Stuhlmueller, C.P., Distinguished Professor of Biblical Studies at Catholic Theological Union in Chicago. She was President of the Catholic Biblical Association of America from 2000 to 2001 and has been an active member of the Chicago Catholic/Jewish Scholars Dialogue for the past thirty years. For more than twenty years, Prof. Bergant has been the Old Testament book reviewer of The Bible Today, having been a member of the editorial board for twenty-five years. Five of these years she served as the magazine’s general editor. She is now on the editorial board of Biblical Theology. From 2002 to 2005, she wrote the weekly column “The Word” for America magazine, reflections that have now been published by Paulist Press. Sr. Bergant received her Ph.D. in Biblical Languages and Literature from St. Louis University. She is the author of numerous books, including People of the Covenant: An Invitation to the Old Testament (Sheed & Ward, 2001) and Israel’s Wisdom Literature (Fortress Press, 2000).

Praise for Dianne Bergant
“Dianne is one of the most prolific authors and sought after speakers in the country. She has dedicated a lifetime of scholarship to learning and teaching the Old Testament, and accumulated a huge number of admirers and emulators. Her ministry is not confined to academic presentations but extends to her calling others to a more mature life of faith and insight into the workings of God in the world of creation.”– Fr. Anthony J. Gittins, CSSp., Ph.D., Emeritus Professor of Theology and Culture, Catholic Theological Union
“Sister Dianne’s extensive knowledge of the Old Testament is matched only by her enthusiasm. A teacher of extraordinary insight and passion, Sister Dianne helps her students engage, interpret and understand the biblical text. If you can’t be in her classroom, then Now You Know Media is the next best way to be taught by Sister Dianne Bergant.”– Sr. Laurie Brink, O.P., Ph.D., Catholic Theological Union
“Professor Dianne Bergant invariably brings sound biblical knowledge, practical sensitivity and spiritual insight to everything she writes.”– Bishop Richard Sklba, Milwaukee
“Sr. Dianne Bergant, C.S,A., has given her life to teaching, and she does it with enthusiasm, commitment, dynamism, and depth of thought, touching both minds and hearts.”– Abbot Gregory Polan, OSB, Conception Abbey/Conception Seminary College

Be the first to review “Bundle: Song of Songs + The Psalms: The Prayer of the Church – 10 CDs Total” Cancel reply