Bundle: The Apostles + Martyrdom and Persecution in the Early Church – 11 CDs Total

This is a special discounted price for a bundle of these two audio programs by Prof. Andrea Lorenzo Molinari, Ph.D.:

“Arrayed in Crimson”: Martyrdom and Persecution in the Early Church 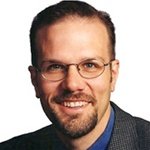 Prof. Andrea Lorenzo Molinari received his Ph.D. in New Testament and Early Christianity from Marquette University in 1996. He spent a combined twelve and half years teaching for Creighton University and Barry University.

Prof. Molinari’s theological writings include five books: The Acts of Peter and the Twelve Apostles (2000); ‘I never knew the man’: The Coptic Act of Peter (2000); Climbing the Dragon’s Ladder: The Martyrdom of Perpetua and Felicitas (2006); Romans and Christians A.D. 64 (2009); and the forthcoming The Shepherd: Apokatastasis. In addition, he has published numerous articles on early Christianity, as well as a variety of popular theological pieces. Other media projects include two audio courses from Now You Know Media, The Apostles and Arrayed in Crimson: Martyrdom and Persecution in the Early Church, and a program with BBC/ Discovery titled Peter, Jesus’ Fisherman.
Praise for Andrea Molinari
”Andrea Molinari and Jack Conroy, who have worked together for several years, collaborate in this series of lectures to breathe new life into the parables of Jesus. The message of the parables becomes as grasping as it once was.”
– Rev. Raymond F. Collins,
Visiting Scholar, Department of Religious Studies, Brown University

Be the first to review “Bundle: The Apostles + Martyrdom and Persecution in the Early Church – 11 CDs Total” Cancel reply