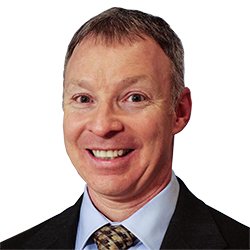 An expert on Hans Urs von Balthasar, Dr. Kevin Mongrain earned a Ph.D. in Religious Studies from Yale University in 1999, and an M.A. in Theology from St. John’s University in Collegeville, Minnesota in 1992. His doctoral dissertation was on Balthasar, and he has published a monograph and several papers on Balthasar’s thought, including The Systematic Thought of Hans Urs von Balthasar: An Irenaean Retrieval. Dr. Mongrain is the Executive Director of the National Institute for Newman Studies in Pittsburgh and the Ryan Endowed Chair of Newman Studies at Duquesne University. He is an active member of the Catholic Theological Society of America and the American Academy of Religion. Before coming to Duquesne University, he taught at St. Mary’s University in San Antonio, Texas, and at the University of Notre Dame.
Praise for Kevin Mongrain
“Kevin Mongrain is a superb Balthasar scholar and, if possible, an even better teacher. He reads Balthasar from the inside, as it were as he thinks through Balthasar’s concern to unite high intellectual discourse with spirituality and concrete forms of Christian life.” – Anthony C. Sciglitano, Jr., Associate Professor, Seton Hall University
“Mongrain is a creative teacher and scholar who makes insightful, evocative connections among thinkers and ideas ancient and modern.” – William Cahoy, Ph.D., Dean, Saint John’s University School of Theology Seminary 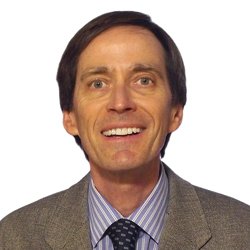 Fr. Richard Lennan, Dr. Theol., is Professor of Systematic Theology in the School of Theology and Ministry at Boston College. He is an expert on the theology of Church, the theology of ministry, and fundamental theology. He holds a Master of Philosophy from the University of Oxford and a Doctorate in Theology from the University of Innsbruck in Austria.
Fr. Lennan is the author of The Ecclesiology of Karl Rahner (Oxford University Press, 1995), Risking the Church: The Challenges of Catholic Faith (Oxford University Press, 2004), and The Possibility of Belief: The Challenges and Prospects of Catholic Faith (St Paul’s, 2004). He has also published numerous articles and edited several books on the Church and its ministry, including Hope: The Possibility of Christian Life (Paulist Press, 2013). He edited An Introduction to Catholic Theology (Paulist Press, 1998). Ordained a priest in 1983, he has served as President of the Australian Catholic Theological Association and worked with many groups and organizations engaged in pastoral planning.
Praise for Richard Lennan
“Richard Lennan is both an expert on Rahner’s thought, and an inspiring teacher, able to get complex ideas across in a way that makes them clear and attractive.” – Philip Endean, S.J., University of Oxford
“Fr. Richard Lennan is widely acknowledged as one of the most authoritative interpreters of Karl Rahner’s works today. Much in demand as a speaker, he is the author of numerous books and articles making Rahner’s work accessible both to those meeting Rahner for the first time and those seeking to deepen their knowledge.” – Mary E. Hines, Ph.D., Professor of Theology, Emmanuel College