Video Bundle: The Life and Faith of St. Catherine of Siena + Retrieving Women’s Voices in the Christian Theological Tradition: Four Doctors of the Church - 8 DVDs Total

The Life and Faith of St. Catherine of Siena by Sr. Suzanne Noffke, O.P., Ph.D.,

Retrieving Women’s Voices in the Christian Theological Tradition: Four Doctors of the Church by Prof.. Elizabeth A. Dreyer, Ph.D. 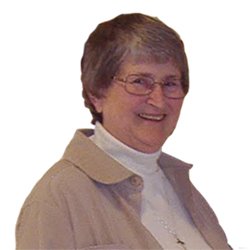 Sr. Suzanne Noffke, O.P., Ph.D., one of the world’s leading experts on Saint Catherine of Siena, has lectured internationally and led numerous retreats based on the life and thought of Saint Catherine. She has published annotated translations of all of Catherine’s extant works (The Dialogue, 1980; The Prayers, 1983; The Letters of Catherine of Siena, 2000, 2001, 2007, 2008), as well as a two-volume thematic Anthology (2011), a book of essays (Catherine of Siena: Vision Through a Distant Eye, 1996, 2006), and numerous articles.
After receiving a doctorate in linguistics at the University of Wisconsin–Madison in 1968, Sr. Noffke served as president of her religious congregation, the Racine Dominicans, from 1970 until 1976. She has taught at such institutions as the University of Illinois at Urbana-Champaign and the University of Chicago. She is a member of the Catholic Theological Society of America and served on its Board of Directors from 1968 to 1970. Sr. Noffke also serves as one of her congregation’s historians, having published Embrace the Swelling Wave: The Dominicans of Racine, Wisconsin in 2004.
“Sr. Noffke’s work is always ground-breaking, always lucid, always pristine. This recorded lecture series promises to be all those things as well.” – Robert E. Bjork, Foundation Professor of English, Arizona State University 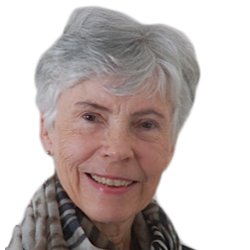 Prof. Elizabeth A. Dreyer, Ph.D., is Professor Emerita of Religious Studies at Fairfield University. She has previously taught at The Catholic University of America; the Washington Theological Union in Washington, D.C.; and the College of St. Catherine in St. Paul, Minnesota. She is an expert in medieval women mystics, the history of Christian spirituality, and the role of women in Christianity. Prof. Dreyer received her Ph.D. from Marquette University, her M.A. from Xavier University, and her B.A. from Dominican University. She also completed additional graduate work at Harvard Divinity School, Boston University, the Pontifical University for Mediaeval Studies, Weston Jesuit School of Theology, and the University of Toronto.
Prof. Dreyer is the author or coauthor of ten books, including Accidental Theologians: Four Women Who Shaped Christianity (Franciscan Media, 2014), Passionate Spirituality: Hildegard of Bingen and Hadewijch of Brabant (Paulist Press, 2005), A Retreat with Catherine of Siena (St. Anthony Messenger, 1999), and Making Sense of God: A Woman’s Perspective (St. Anthony Messenger, 2008), which won first place in the Catholic Press Association’s Gender Issues category. She is the recipient of the Elizabeth Ann Seton Medal from Mount Saint Joseph’s College and Fairfield University’s Choice Award for exemplary application of the ideals of the Ignatian tradition.
Praise for Elizabeth Dreyer
“Elizabeth Dreyer is a proven guide to Catholic spirituality. Her scholarship has given her a strong familiarity with the richness of Catholic tradition and she is able to communicate it with warmth and clarity.” – Fr. Donald Senior, O.P., Ph.D., President Emeritus, Catholic Theological Union
“Dreyer . . . provides a wonderful introduction, toggling back and forth between historical context and the difference their theology can make for twenty-first century Christians.” – Barbara Newman, Professor, Northwestern University

Be the first to review “Video Bundle: The Life and Faith of St. Catherine of Siena + Retrieving Women’s Voices in the Christian Theological Tradition: Four Doctors of the Church – 8 DVDs Total” Cancel reply