Video Bundle: Vatican II and the Church of the Third Millennium + The Council of Trent: Answering the Reformation and Reforming the Church - 8 DVDs Total

Vatican II and the Church of the Third Millennium
by Dr. Richard R. Gaillardetz, Ph.D.

The Council of Trent: Answering the Reformation and Reforming the Church
by Fr. John W. O’Malley, S.J., Ph.D. 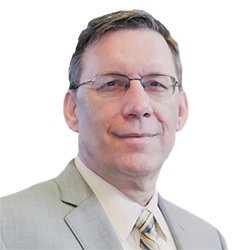 Dr. Richard R. Gaillardetz is a leading ecclesial expert and the Joseph Professor of Catholic Systematic Theology at Boston College. He is the past president of the Catholic Theological Society of America. He received his Ph.D. in systematic theology from the University of Notre Dame. Dr. Gaillardetz has published numerous articles and has authored or edited ten books, including Keys to the Council: Unlocking the Teaching of Vatican II (co-authored with Catherine Clifford, Liturgical Press, 2012), When the Magisterium Intervenes: The Magisterium and Theologians in Today’s Church (editor, Liturgical Press, 2012) and Ecclesiology for a Global Church: A People Called and Sent (Orbis, 2008). In 2000, he received the Sophia Award from the faculty of the Washington Theological Union in recognition of “theological excellence in service to ministry,” and he has received numerous awards from the Catholic Press Association. Dr. Gaillardetz was a delegate on the U.S. Catholic–Methodist Ecumenical Dialogue from 2001 to 2005. He has previously taught at the University of St. Thomas Graduate School of Theology and the University of Toledo.
Praise for Richard Gaillardetz
“Richard Gaillardetz is one of today’s most important teachers and reliable interpreters of the theology of the Second Vatican Council. He has a remarkable gift for effectively communicating the sometimes complex theological teachings of the council and showing their relevance for people of faith in our day.”– Prof. Catherine Clifford, St. Paul University, Ottawa
“Richard Gaillardetz has that rare ability to translate advanced scholarship into accessible language. He is a great theologian, an undisputed expert on the council, and one of the best teachers I have ever seen in action.”– Edward P. Hahnenberg, Ph.D., author of A Concise Guide to the Documents of Vatican II
“Richard Gaillardetz is one of the finest ecclesiologists at work today. He demonstrates learning and clarity in equal measure, and I cannot imagine a better guide through the complexities of Vatican II.”– Paul Lakeland, Aloysius P. Kelley S.J. Professor of Catholic Studies. Director, Center for Catholic Studies, Fairfield University
“One of our premier ecclesiologists, Rick Gaillardetz has mined the documents of the Second Vatican Council to bring to light gems missed by many. Listening to him as he works through the conciliar documents and explores their implications is always an enriching experience.”– Thomas P. Rausch, S.J., T. Marie Chilton Professor of Catholic Theology, Loyola Marymount University

Be the first to review “Video Bundle: Vatican II and the Church of the Third Millennium + The Council of Trent: Answering the Reformation and Reforming the Church – 8 DVDs Total” Cancel reply