With Burning Hearts: a Meditation on the Eucharistic Life

From the best-selling author of The Return of the Prodigal Son, essential listening for Catholics and all spiritual seekers.

From mourning to discernment, from invitation to intimacy, and from community to the charge to go forth and witness, this work seeks a fuller understanding of the Eucharist through the story of the disciples on their way to Emmaus and calls us to experience the entire journey, to know that what we celebrate and what we are called to live are one and the same.

Available as an audiobook for the first time ever, With Burning Hearts invites you to rediscover the Eucharist in your own heart. 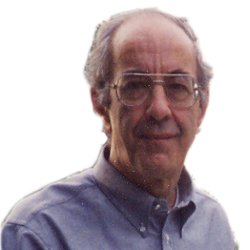 Henri Nouwen was one of the most influential spiritual thinkers of the twentieth century. Born in the Netherlands, Nouwen was ordained as a Roman Catholic priest and trained as a psychologist. He spent much of his life in America, where he ministered and taught throughout the continent. He wrote wrote thirty-nine books, including such classics as The Return of the Prodigal Son and Life of the Beloved.
In addition to writing, Henri Nouwen was a great teacher. Over the course of his life, he was a popular professor at Notre Dame University, Yale Divinity School, and Harvard Divinity School. He was also an innovative psychologist who taught and ministered throughout the world, touching countless lives. After nearly two decades of teaching, Nouwen became a pastor at L’Arche Daybreak, a community for people with intellectual disabilities in Richmond Hill, Ontario. He ministered there from 1986 until his death in 1996.

Be the first to review “With Burning Hearts: a Meditation on the Eucharistic Life” Cancel reply