Bundle: What Is Faith? + The Universal Sacrament of Salvation - 12 CDs Total 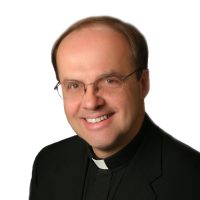 Fr. Felix Just, S.J., Ph.D., is a leading scholar on Catholicism and the New Testament. After receiving his Ph.D. in New Testament studies from Yale University, he taught at Loyola Marymount University, the University of San Francisco, and Santa Clara University. He then served for many years as Director of Biblical Ministries and Executive Director of the Loyola Institute for Spirituality in Orange, CA, and as Dean of the Lay Ecclesial Ministry and Deacon Formation programs of the Diocese of Las Vegas. He regularly teaches courses for the Ecclesia program of Mount Saint Mary’s University and several Catholic Bible Institutes in California and Arizona. A member of the Jesuits West USA Province of the Society of Jesus, he currently serves as the Minister of the Loyola House Jesuit Community in San Francisco and as the Director of Jesuit Biblical Ministries.
Fr. Just lectures widely on a variety of biblical and liturgical topics and often leads biblically based days of prayer, parish missions, retreats, and pilgrimages. A member of the editorial board for the revision of the New Testament of the New American Bible and an active member of the Catholic Biblical Association of America, he also maintains his own internationally recognized website, Catholic Resources. 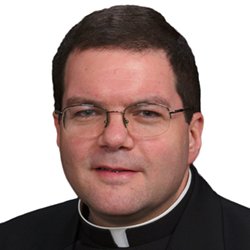 Msgr. Michael Kevin Magee, S.S.L., S.T.D., S.T.L., is currently Chair of the Systematic Theology department as well as Professor of Systematic Theology and Sacred Scripture at St. Charles Borromeo Seminary in Pennsylvania. Msgr. Magee earned his bachelor’s degree at the Wharton School of Business at the University of Pennsylvania in 1984. In 1991, he was ordained to the priesthood for the Archdiocese of Philadelphia after earning his M.Div. and M.A. at the Saint Charles Borromeo Seminary. He received a Doctorate in Sacred Theology from the Pontifical Gregorian University. From 1998–2007, Msgr. Magee served as an Official at the Congregation for Divine Worship and the Discipline of the Sacraments in Rome. Msgr. Magee has written many articles, including “From the Bible to the Lectionary of the Holy Mass: Norms and Principles” and “Preparation for the New English Translation of the Roman Missal.”
Commenting on Msgr. Magee’s course Understanding the New Translation of the Roman Missal, Bishop John Barres gave the following praise: “Msgr. Michael Magee gives an inspiring and lucid commentary… The instructions show a blend of intellectual depth, a strong capacity to communicate with a variety of audiences in a spirit of pastoral charity, and a heart filled with love for the Sacred Scriptures and the Liturgy.”

Be the first to review “Bundle: What Is Faith? + The Universal Sacrament of Salvation – 12 CDs Total” Cancel reply